I was invited down to an exclusive screening of Avengers Age of Ultron by Gillette.  Whilst I was excited to see the movie, I was also really excited to see the Avengers inspired Gillette prototype razors that the brand was unveiling.  In what may be the most perfect union of superpowers, Gillette and Stark Industries have joined together with one goal in mind: create one of the best razors in the world. In fact, Gillette has allowed Stark Industries to take over its R&D department at World Shaving Headquarters to deliver an epic shave using Avengers-inspired technology. 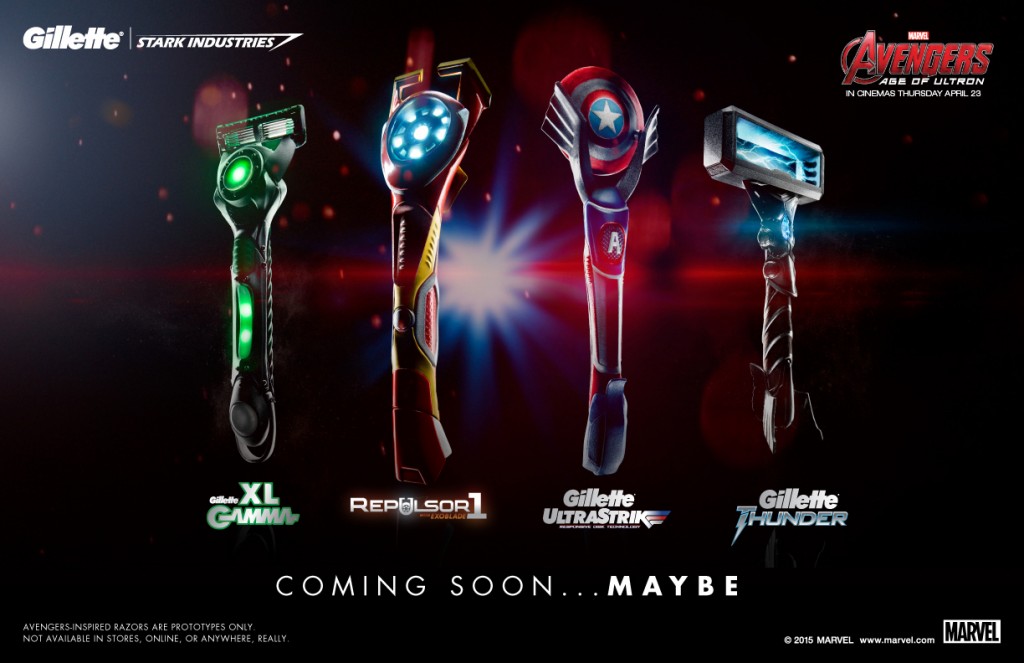 The prototypes have been modelled after members of the Avengers: Iron Man, The Hulk, Captain America, and Thor. Check out the blueprints and razors below (if you are worthy): 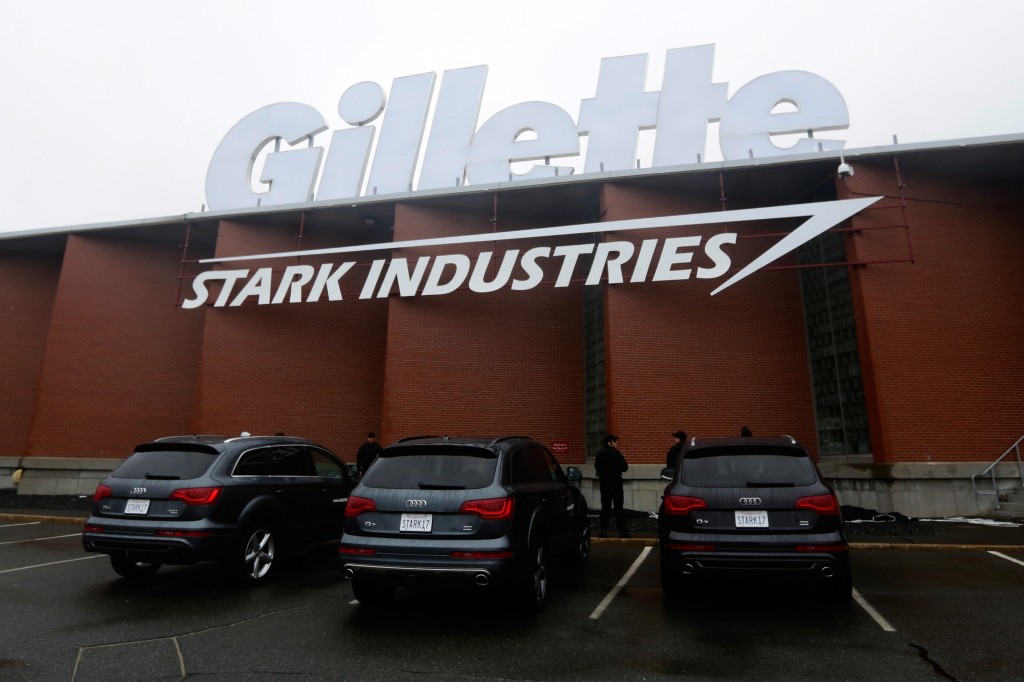 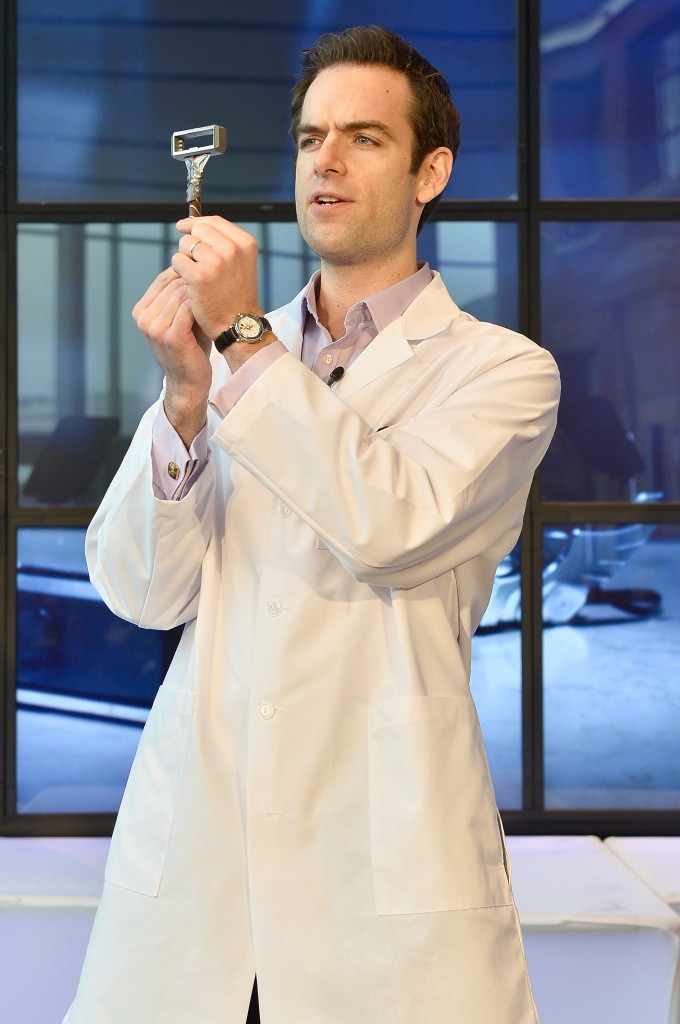 The Repulsor1 with Exoblade has an Arc Reactor Technology that generates a perpetual energy supply to obliterate face hairs with Uni-beam pulse bolts. 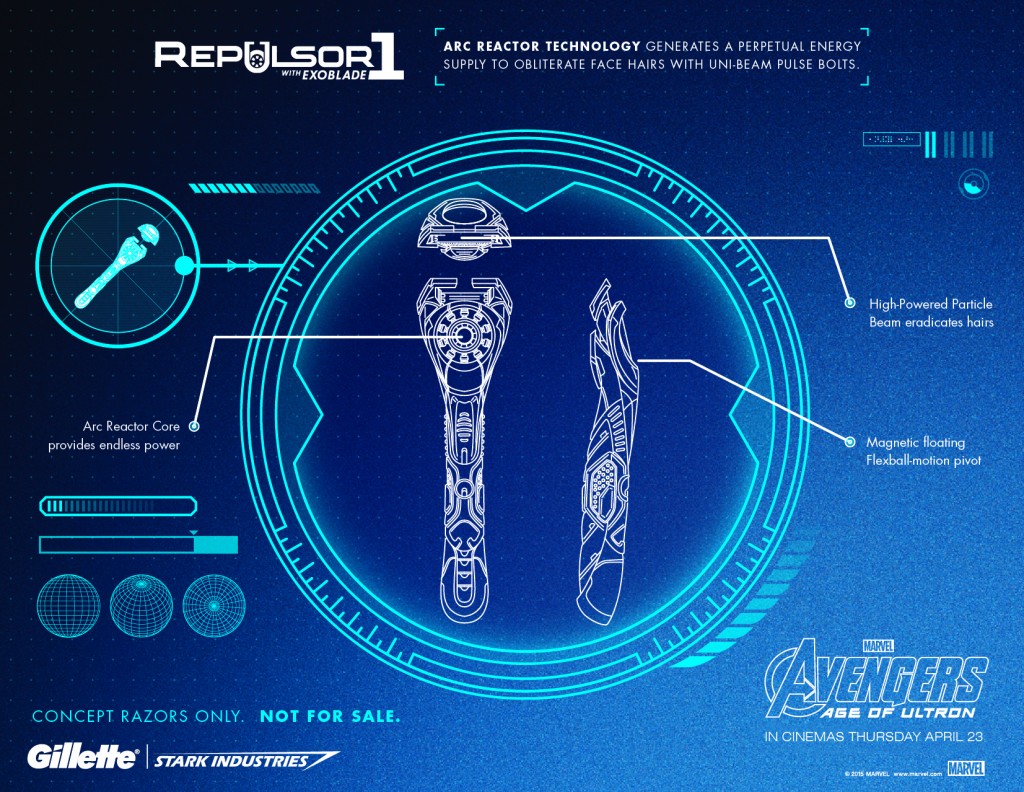 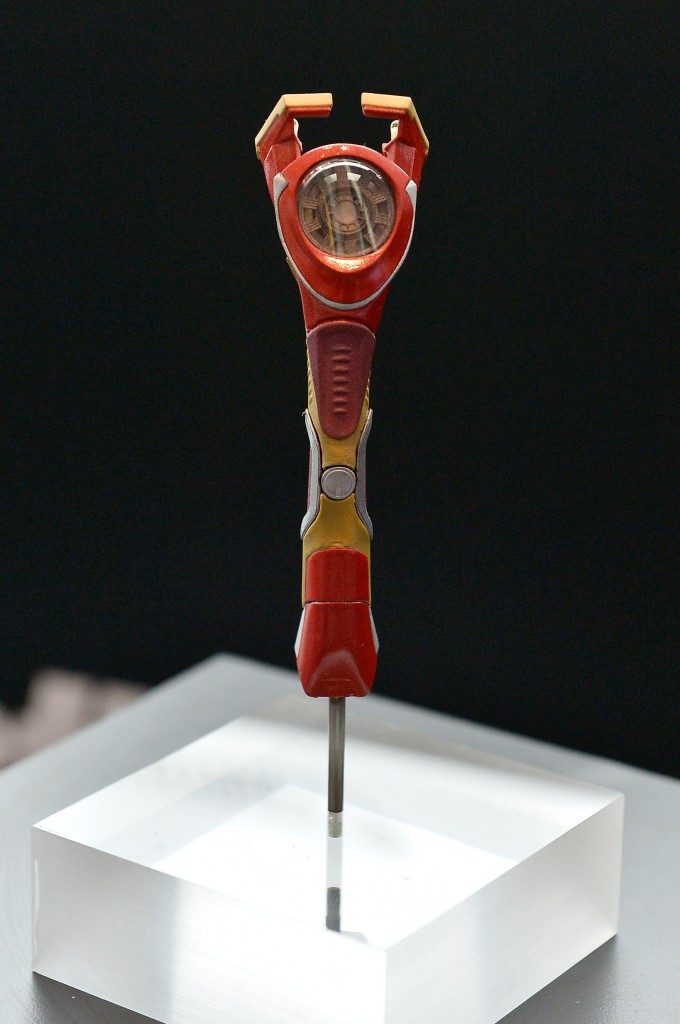 The Gillette XL Gamma with stress-triggered sensors and an unstable molecular structure can increase up to 700% in razor mass and brute shaving force. 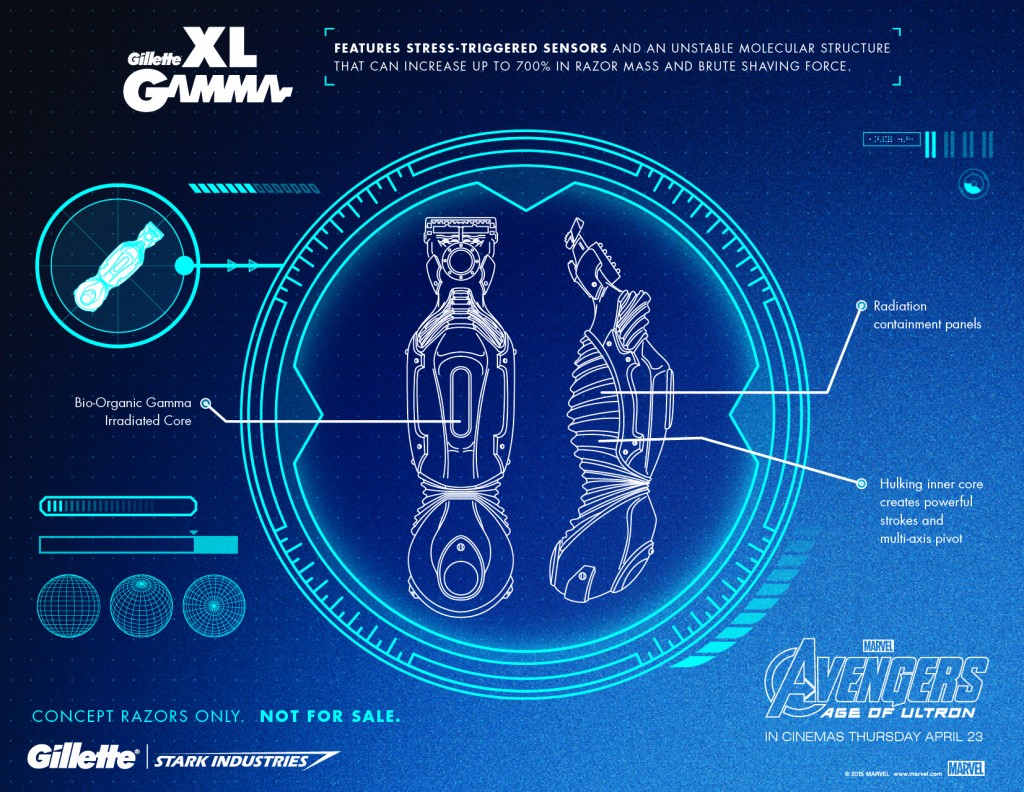 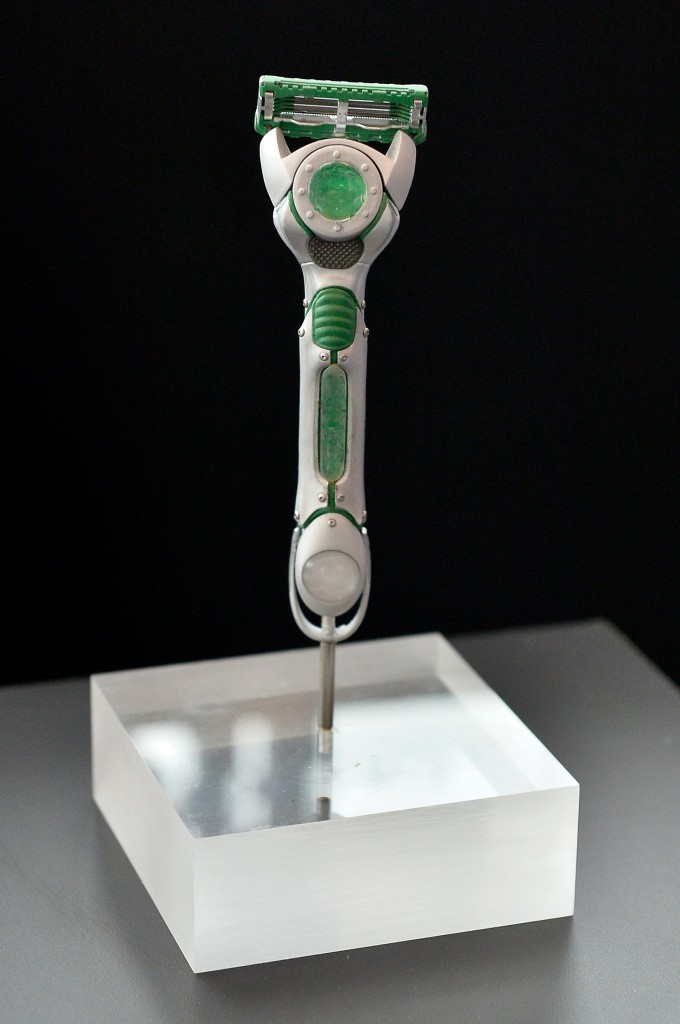 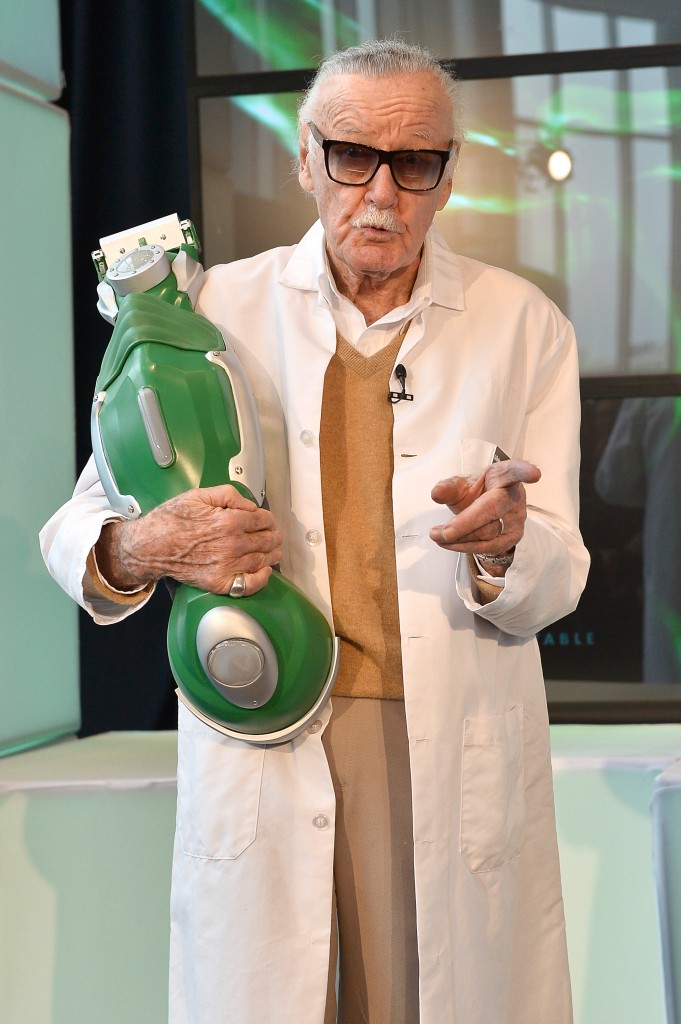 The Gillette Thunder scorches hairs to the follicle with micro-lightning and an honor based gyro-gravity field to make it borrow-proof. 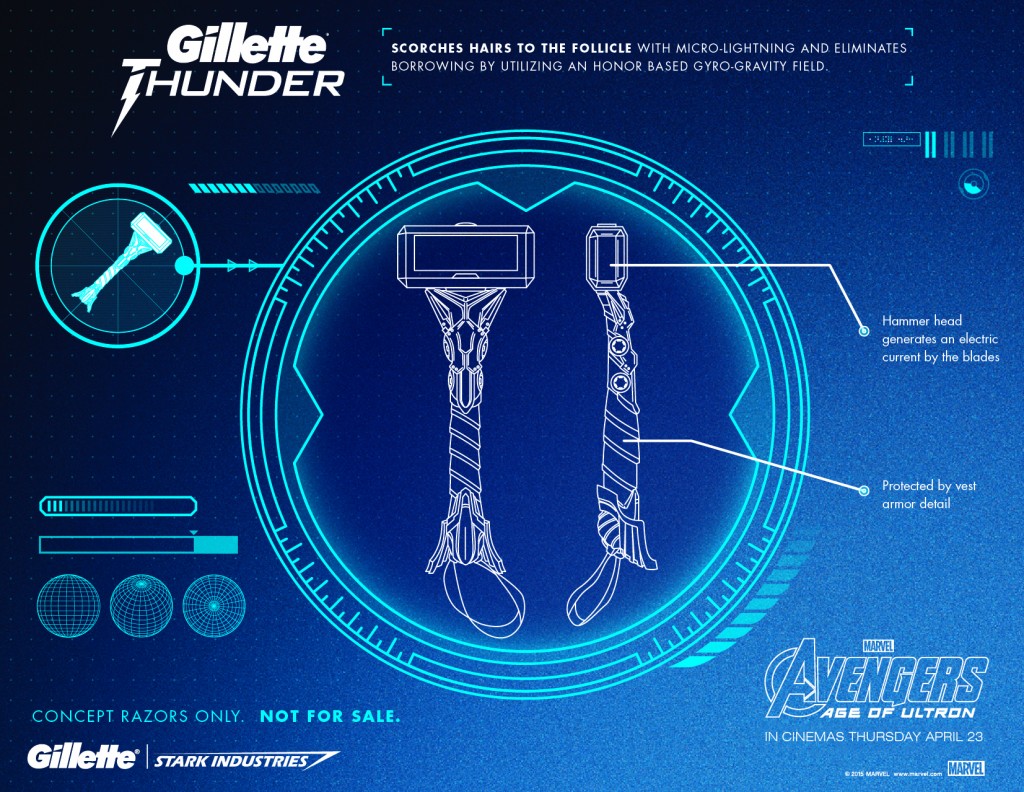 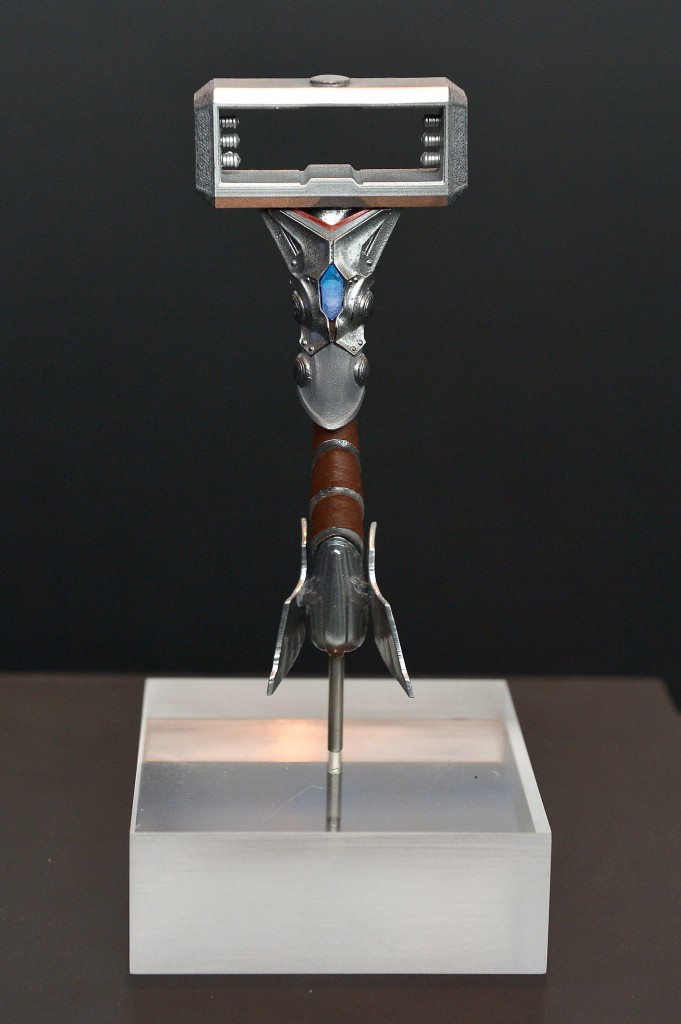 The Gillette Ultra Strike is rebuilt with Super Soldier Technology and has a rare Vibranium-coated Shield Cartridge that shoots out from the handle to cut targeted hairs. 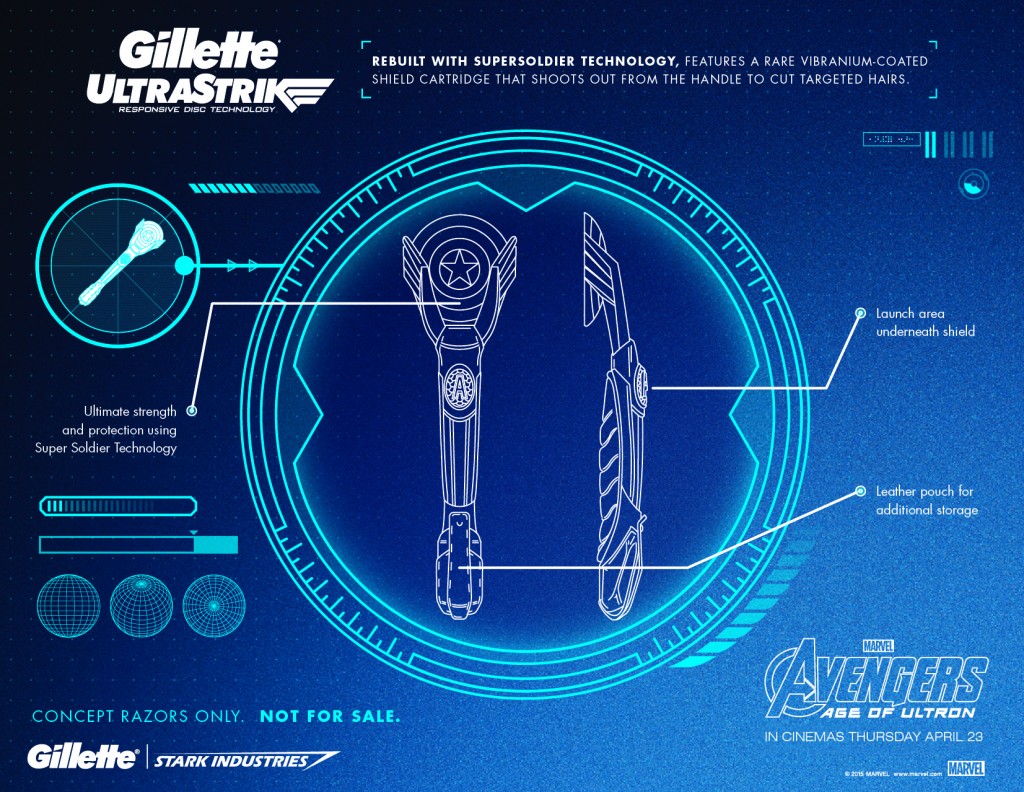 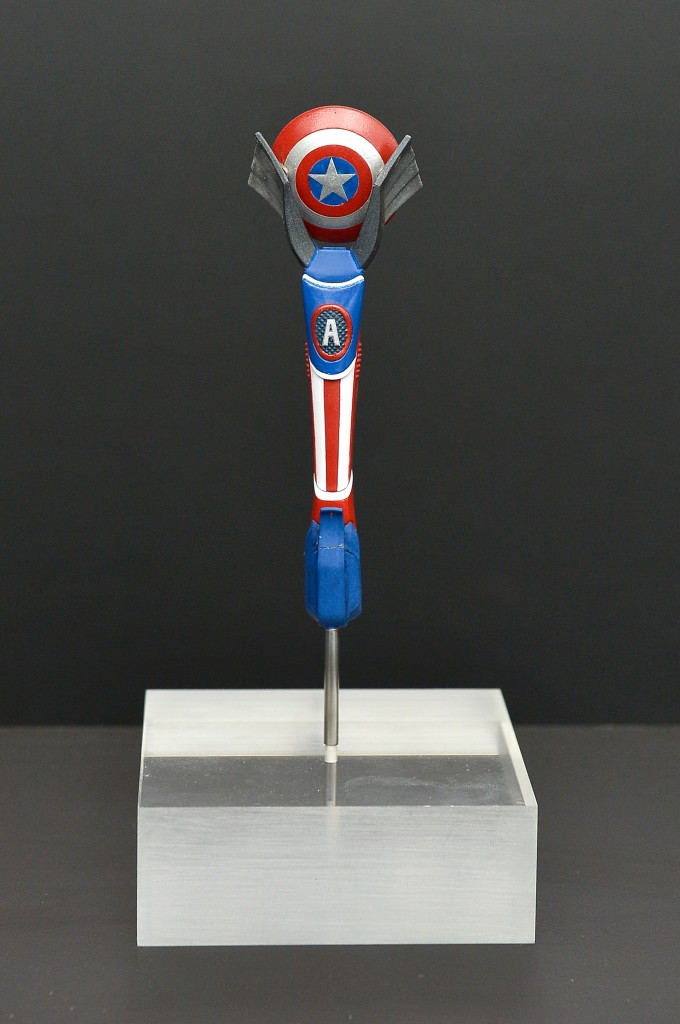 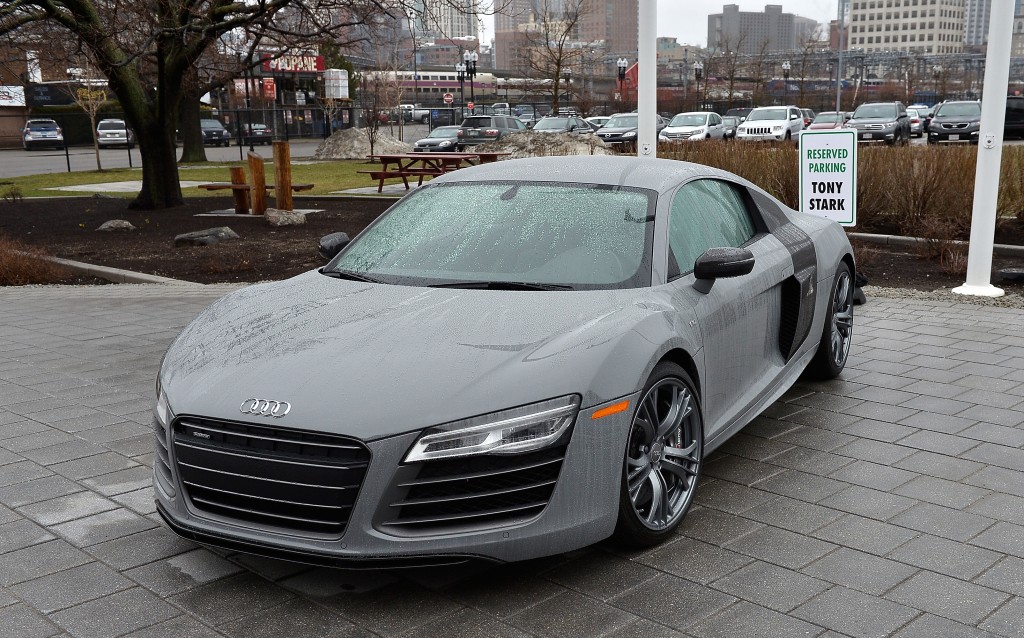