I’ve been to Italy quite a few times in the past, with each visit bringing its unique spin on the Italian culture. Milan was one of the many cities of Italy, high up on the wish list to visit and finally its happened and done in a way I will never forget.

We were whisked away to Milan with our new friends at Menabrea, with the final destination being Biella, 14,000 feet above sea level, nestled between Milan and Turin. The mountainous views are breath-taking and ideal place to experience not only its culture, but the roots of one of its finest beers, Menabrea. The award-winning beer Menabrea has a history that extends as far back as 1846, being one of the oldest breweries in Italy. 150 years or so later and the world is still seeing the family owned brewery producing some of the best beer we’ve tasted in a long time. 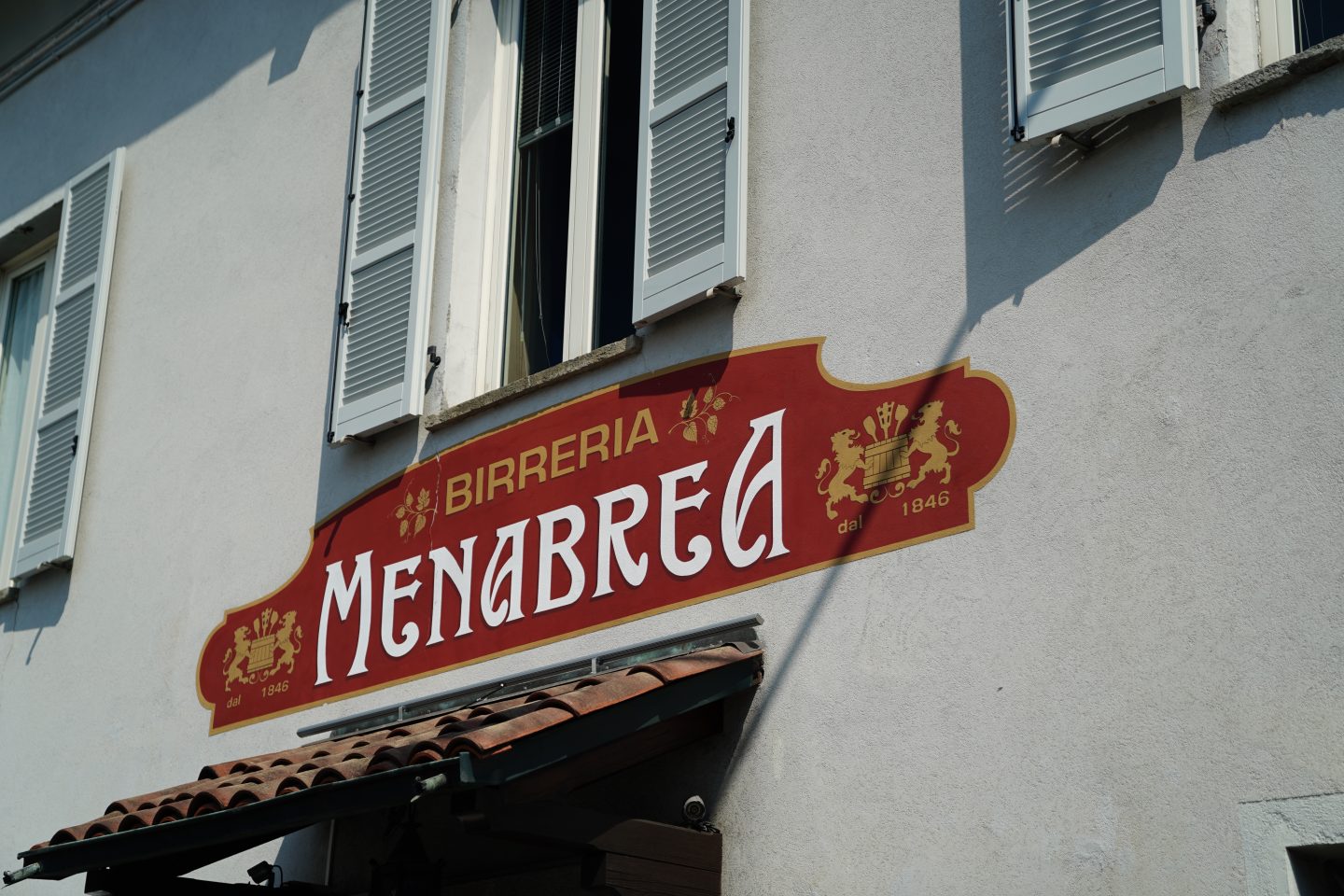 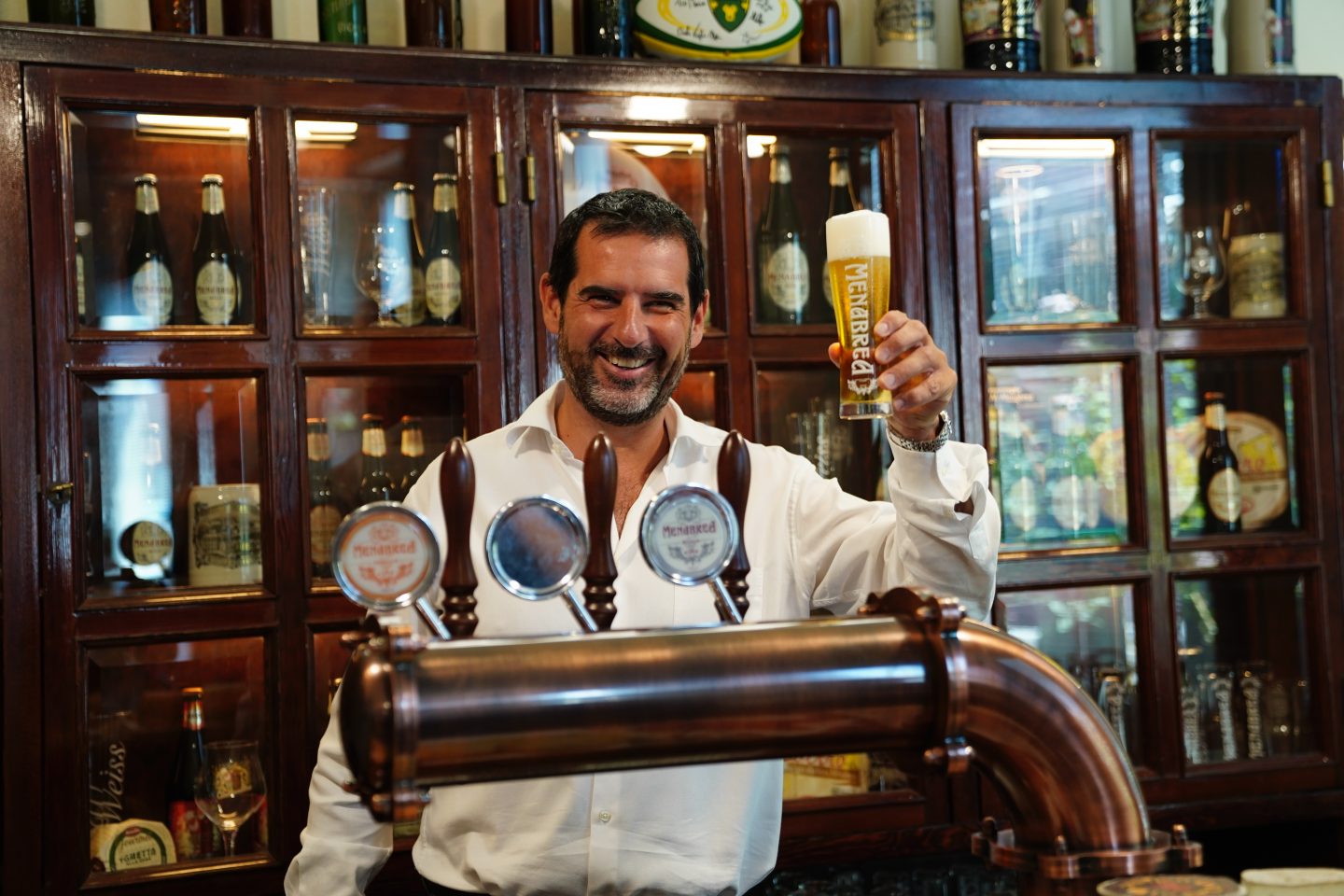 There’re no magic sprinkles, no added preservatives and other nonsense to make their beer so remarkable. They stick to the simple ingredients of beer: water, barley, hops, yeast and brewer’s maize. But the key to their great formula is where these ingredients come from. Barley from Vitry-le-Francois in the heart of Champagne country, hope from Hallertau, Bavaria and water naturally from the Alpine glaciers. All come together with the signature craftmanship and brewing techniques of Menabrea. 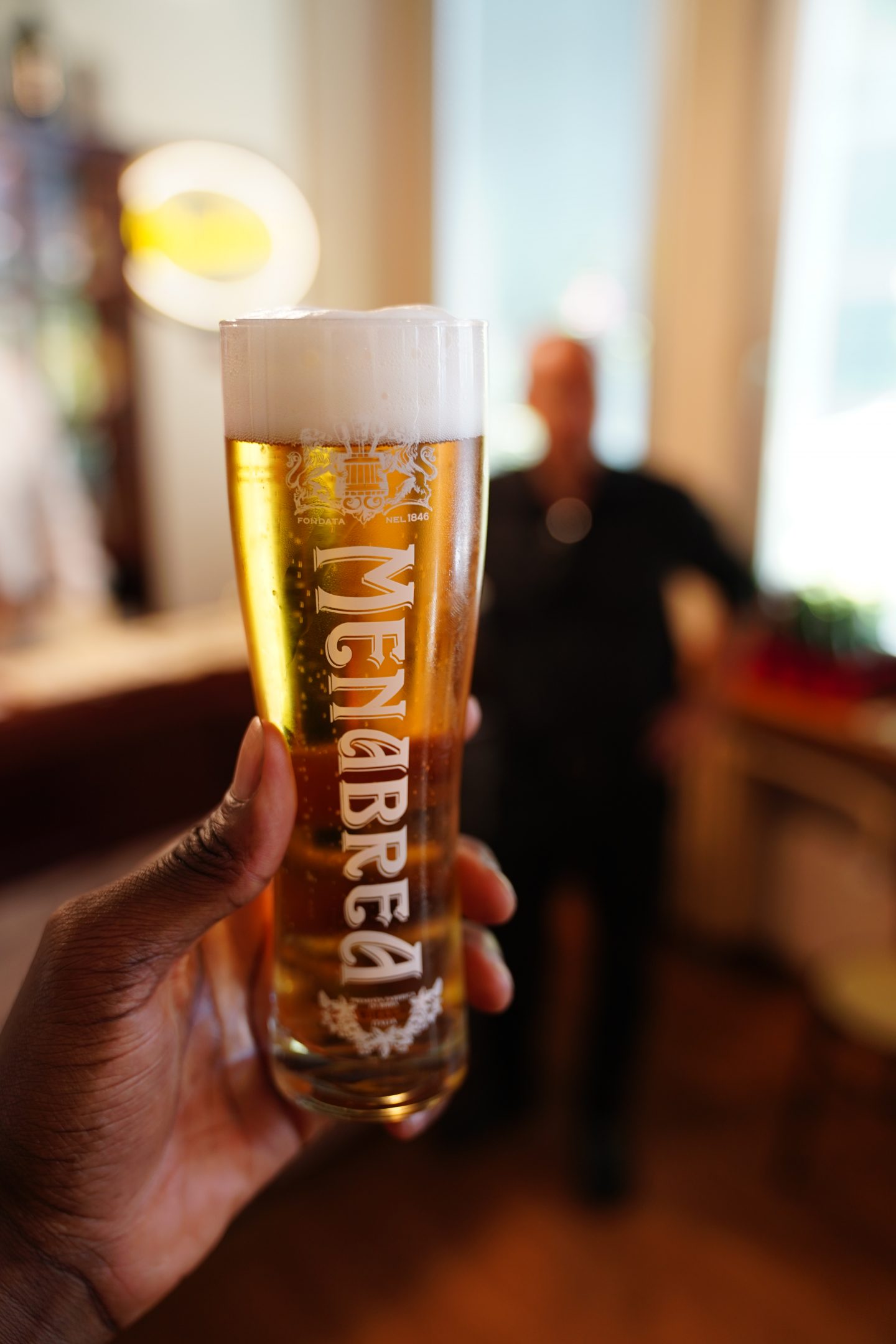 Run by the head of the family owned business; Franco, who taught us everything that we needed to know about Menabrea, from the five generations of family knowledge that was passed down to him to continue. And like a caring mother who nurtures her offspring, Menabrea have taken the similar care when making their birra great. 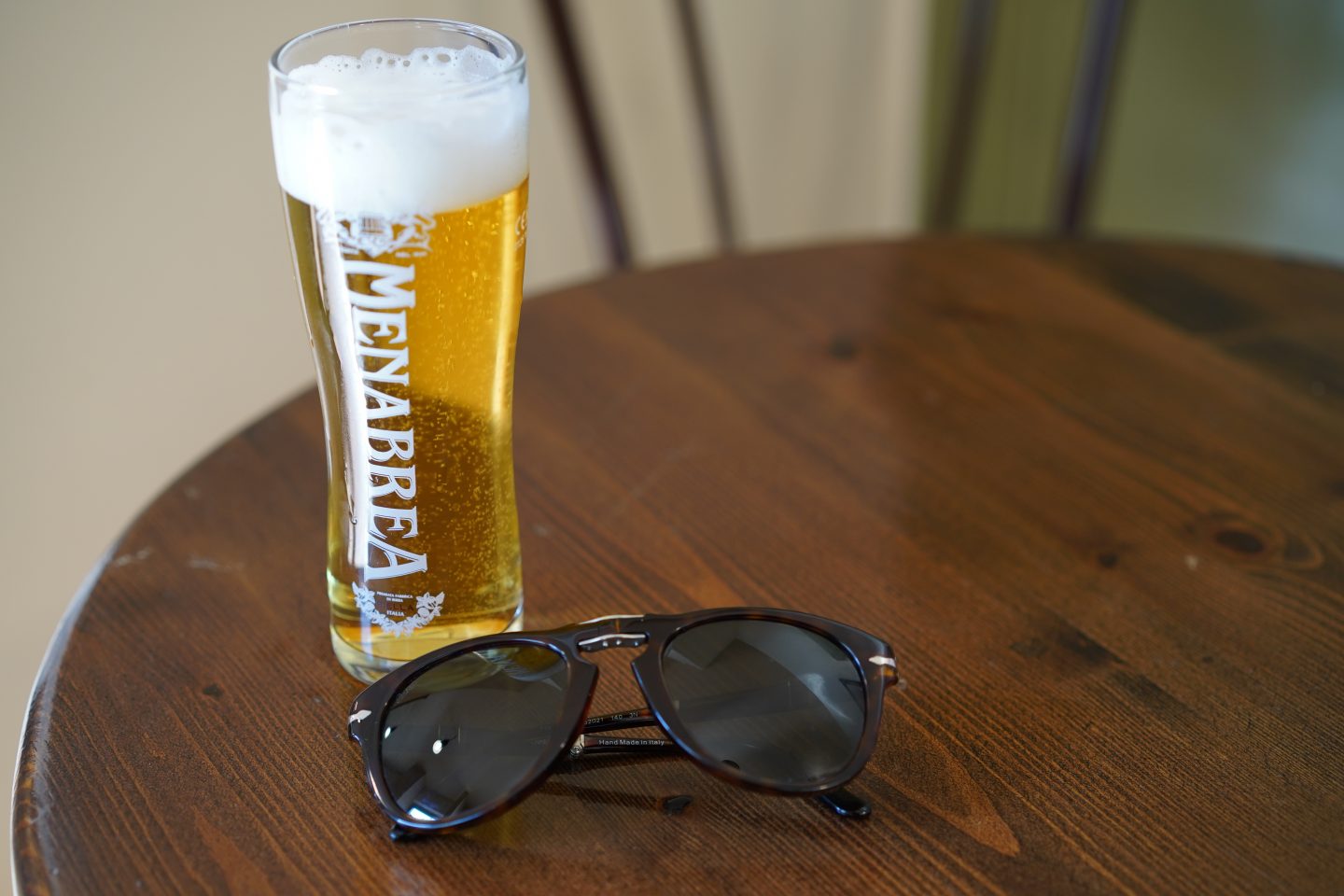 In the Menabrea portfolio there are two beers that you’ll need be keeping a look out for, the tasty Bionda and the golden Ambratta:

The pale lager of Menabrea is incredibly well balanced between citrus, floral and fruity tones, giving it a surprisingly consistent and refined flavour. The complex hoppy taste also comes with head retention, thanks to the quality of the ingredients and the maturation process. Thus, resulting in getting more beer than fluff, as well as not so super carbonated finish on the palate.

The Meabrea beer with full amber glow and an ABV of 5%. The Ambratta is full bodied beer with a moderately bitter flavour. On the nose its full of the aroma’s you’d expect, without that terrible Italian beer flavour you may have been forced to endure before from other brands. 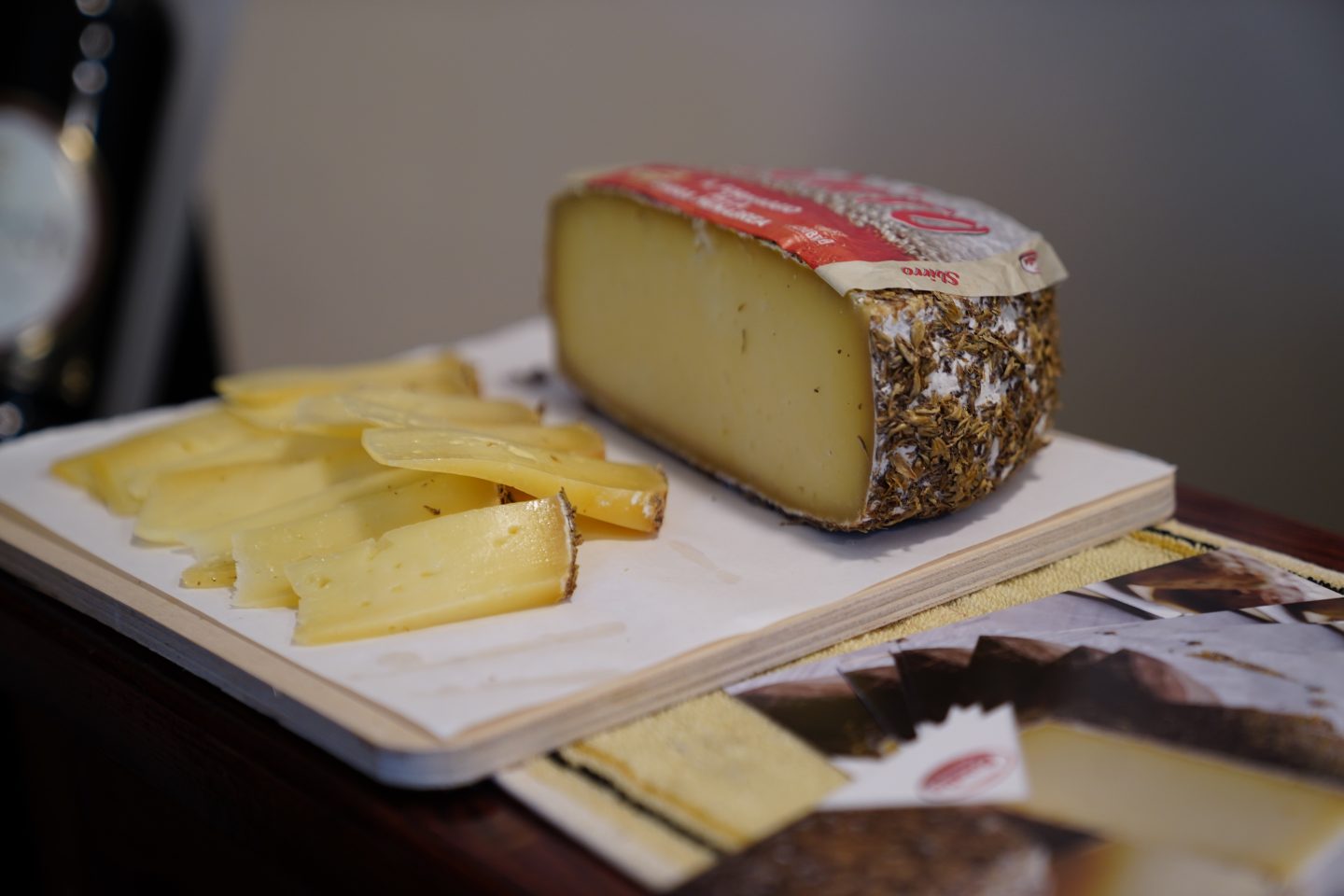 As we continue the laughter and Menabrea tasting at the beautiful brewery, across the road in Biella, was another place of fine craftmanship, the cheese makers Botalla. And being next door neighbours both Botalla and Menabrea thought it was only right to combine their superb craftmanship skills to bring the world something, that will guaranteed make a statement for both of their names. That new thing was the Sbirro cheese, made from the best milk that the Piedmontese valleys have to offer. 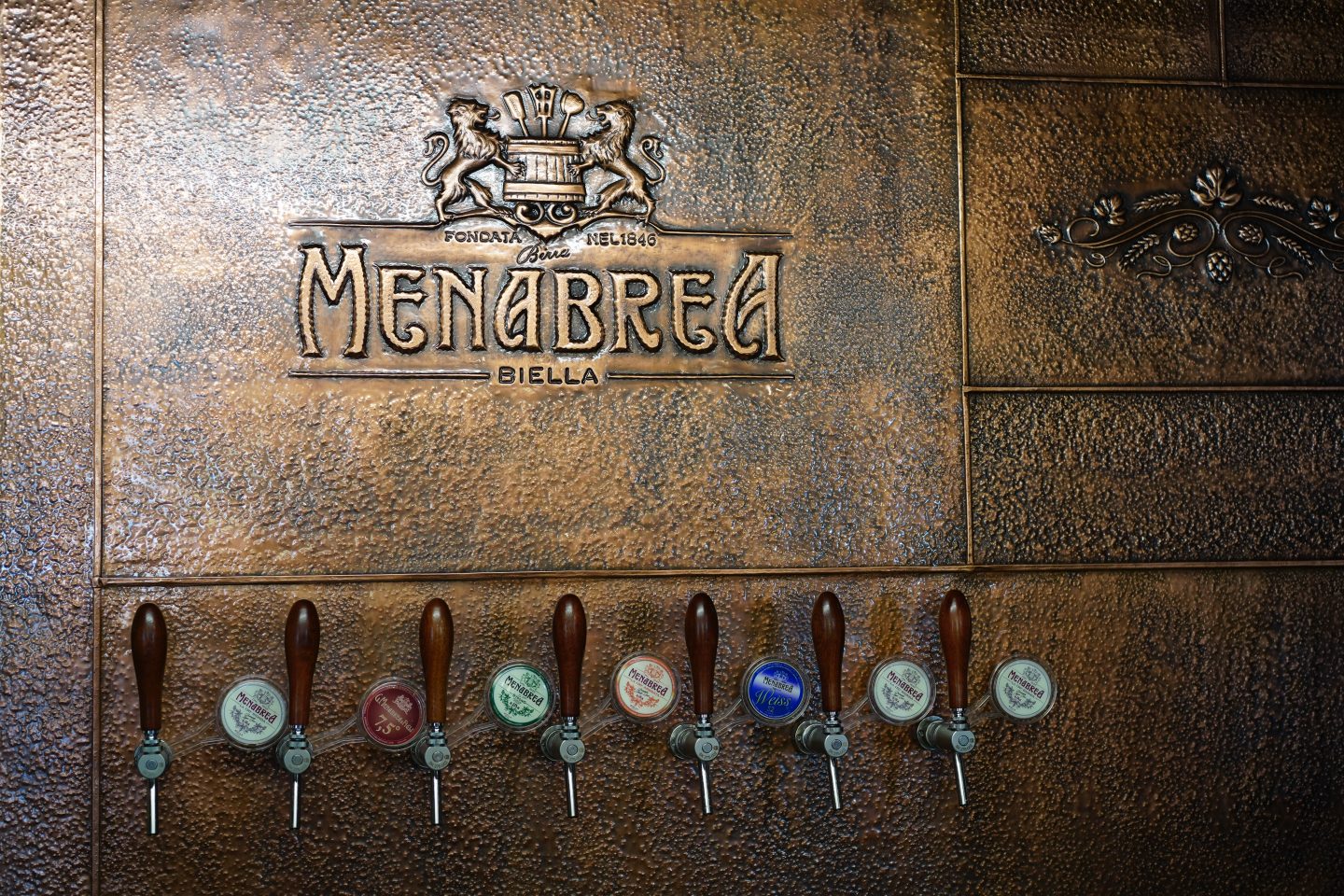 What an experience we’ve had over the last few days, one that will never be forgotten. Menabrea is the better of the Italian beers in the market, one we’re sure you’ll feel the same about once you get your hands on it.

You’ll be able to find Menabreas available in outlets, such as Tesco.

For those keen on getting a taste of the Menabrea experience themselves, there’s a way the guys have made it possible. The the wonders of virtual reality Menabrea will be heading down to restaurants and premium bars across the UK with their own VR experience.

The VR tour can be experienced later this year in selected bars in London, Manchester, Glasgow and Edinburgh. More details will be available at Menabrea UK on Facebook.